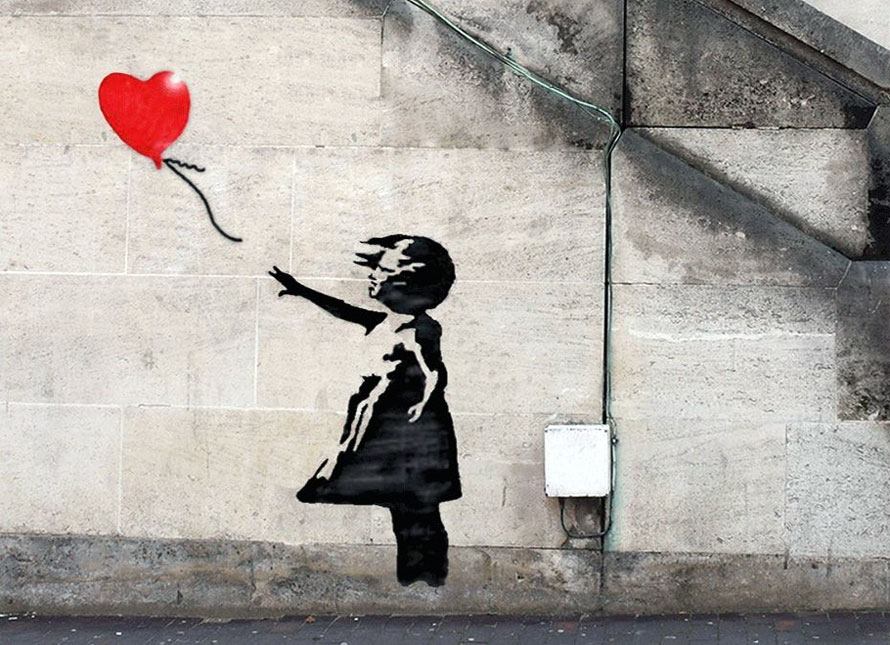 The “Biennale di Venezia”, a cult event for every art lover and not, from year to year full of interesting content, represents a must event in the global art world. Generally, the best and most captivating work is sought, but this year has been the stage of a particular and extraordinary artistic performance.

During the night, a video is posted on the official profile of Banksy – @banksy – one of the greatest exponents of street art in the world with an identity still shrouded in anonymity.

A guy in the Piazza San Marco area accommodates his work representing a cruise ship on the composition of paintings, the work entitled “Venice in Oil” immediately affects passers-by accustomed to the famous rowing gondolas of the lagoon city. Someone in the video even says that it’s the best artwork in the Biennale.

Suddenly the local police agents intervene, requesting the authorizations needed for the exhibition. The guy, not being in possession of it, is invited to clear the area and walk away.

That guy was probably Banksy (!), his works have always been the vehicle of a cultural, satirical but also political message. But this is not the discussed work that became viral. This is not a surprise.

Presumably, between Thursday and Friday in the heart of the Biennale’s pre-opening week, the British artist created what he quietly but powerfully would have talked more about than any other artistic event.

A wall spray stencil in one of the facades of a historic building in the heart of the city near Santa Margherita, is clearly visible passing the San Pantalon bridge that crosses the Ca ’Foscari river, a canal in the Dorsoduro district.

The work depicts a child exposed to an impetuous wind wearing a life jacket and holding a luminous fuchsia-colored candle, usually used as a signaling device for sea rescue. The connection to the problem of immigration is powerful.

The little shipwrecked person is depicted with his feet immersed in water subject to the danger of high tide which could endanger his life, a symptom of a context of general crisis that probably also affects contemporary art.

The torch held in the left hand brings to our mind the Statue of Liberty on the Hudson River in Liberty Island in the United States of America, symbolizing the eternal fire of freedom, a freedom that unfortunately the child is deprived of.

Thus the spotlight on topics of current affairs and social denunciation are too often underestimated by politics for the most disparate reasons.

This is also demonstrated by the artist’s lack of invitation to the Venice Biennale, as he himself states while extolling the importance of the event, “Despite being the largest and most prestigious art event in the world, for some reason I’ve never been invited”.

Needless to say, the work in the historic building in question, is for sale in the inventory of the famous real estate brokerage firm Engel & Volkers, and after this event has already tremendously raised the value of the property to a record number now nicknamed “The Banksy Estate”.

But beyond the business, art has once again proved to be a vehicle of exceptional global communication and the artist takes on an increasingly central role in a world where culture and ethics are unfortunately increasingly distant.